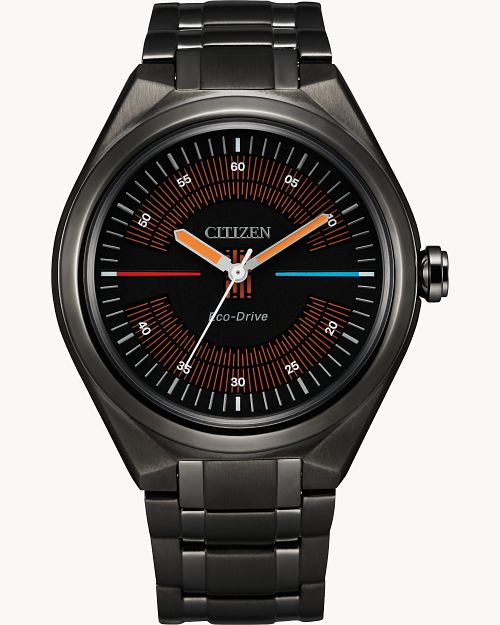 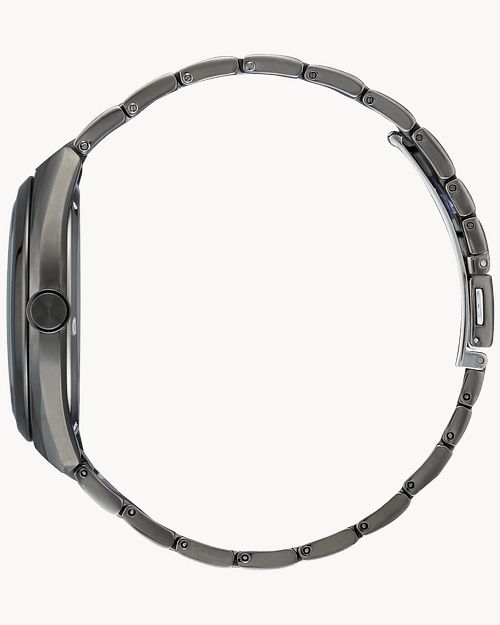 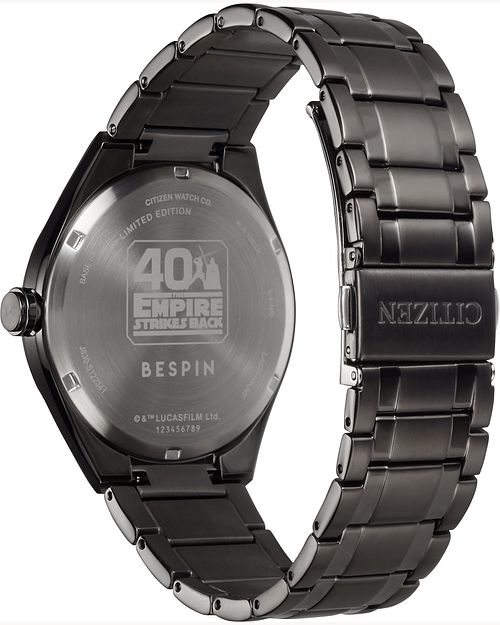 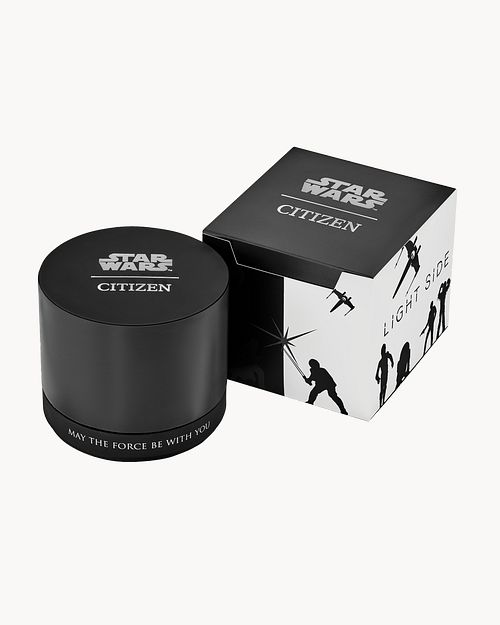 Commemorate the 40th anniversary of the Empire Strikes Back with a Limited Edition Star Wars™ Bespin timepiece from CITIZEN. Named for the planet Bespin, the watch's design visually recreates the orange pattern of the carbon-freezing chambers deep within the planet where Han Solo is encased in carbonite. A grey IP case and bracelet complement a black dial with orange hands, white markers and a blue and red light saber at 3 and 9 o'clock. The light sabers represent the most iconic battle in the Star Wars saga: the ultimate betrayal, where Luke learns Lord Vader is his father. The case back is etched with the Empire Strikes Back 40th Anniversary logo. Limited to 1,980 pieces, for the year the film debuted. Powered by Eco-Drive technology, this Star Wars watch never needs a battery. 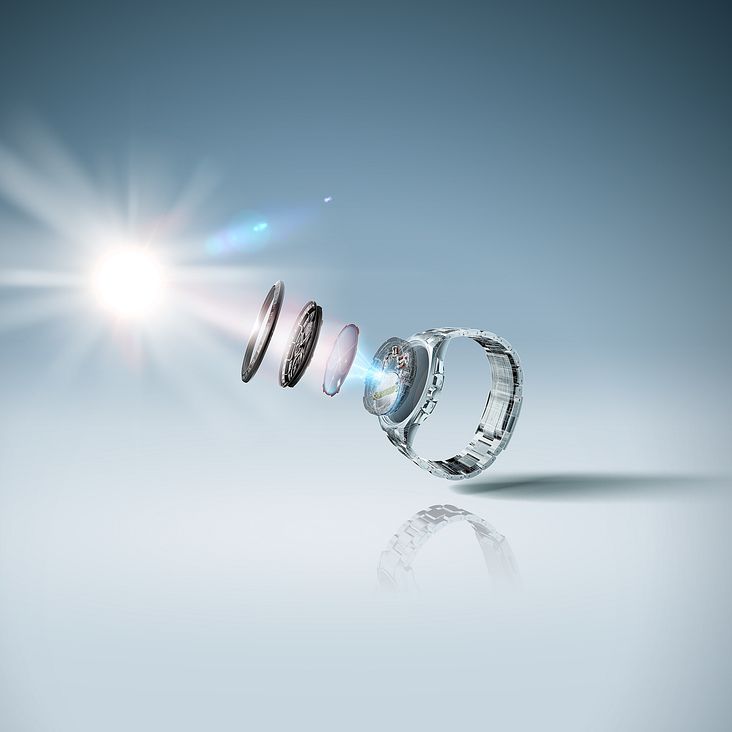