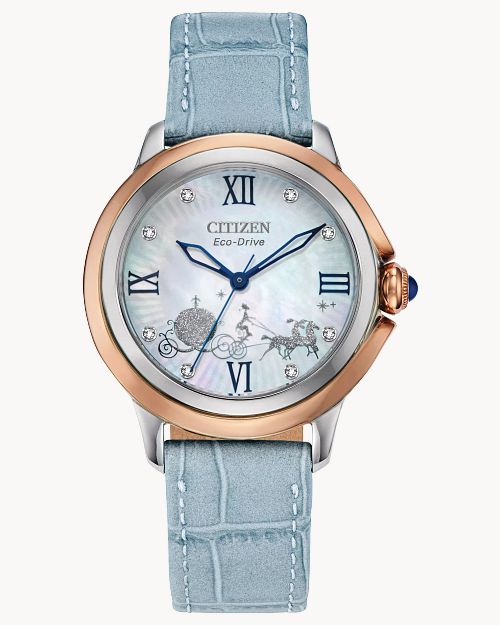 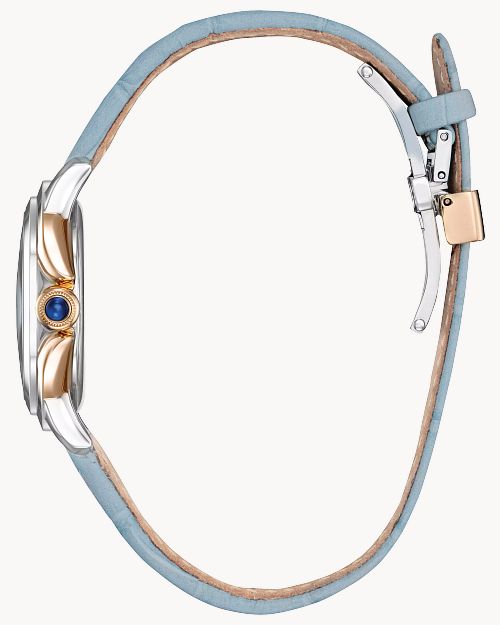 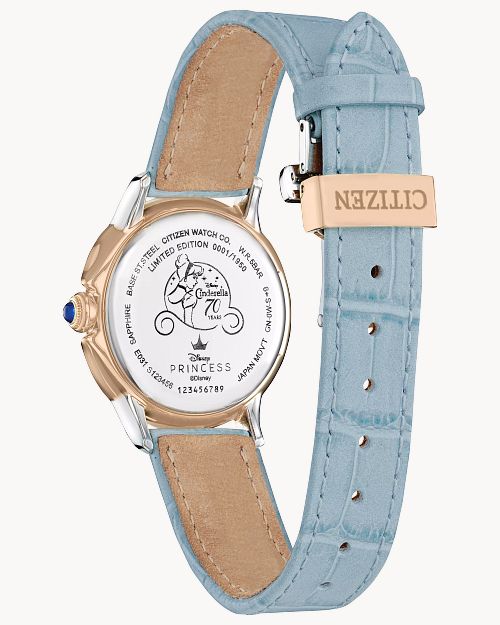 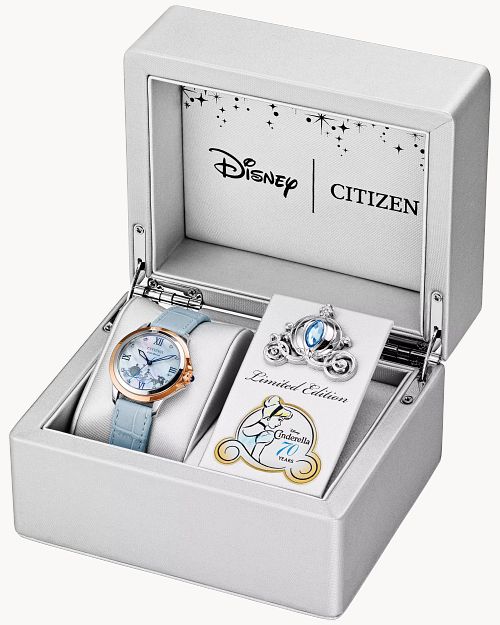 Bibbidi-Bobbidi-Boo! Magically transform yourself into Disney's most beloved princess with the 70th Anniversary Limited Edition Disney Cinderella timepiece from CITIZEN. Cinderella's iconic horses and carriage appear in a silver pearlized print on a white mother of pearl dial studded with eight diamond markers and classic blue Roman numerals and hands. When the clock strikes midnight, the spell is broken and Cinderella flees from the castle, losing her glass slipper on the stairs, represented by a transparent staircase print along the dial. The two-tone stainless steel case is set with a synthetic blue spinel cabochon crown. The finishing touch is a light blue crocodile-embossed leather strap to match Cinderella's ball gown. A commemorative case back is etched with Disney Cinderella's 70th Anniversary. Limited to 1,950 pieces worldwide, for the year the film debuted, the watch is packaged in a keepsake silver box with a limited edition collector's pin. Citizen watches are powered by any light with Eco-Drive technology, and never need a battery. ©Disney